A new marketing tool that works!

It seems like a daily occurrence that I see some new social media tool, or service, or consultant that has the solution to you social marketing woes.  Only problem is that many of them don't work, and you only figure it out after a lot of time and money goes down the drain.

I am writing today because I have found one that DOES WORK and is easy to use and is cheap, especially when compared to some of the tools I have tried that DO NOT WORK.

The tool is a web site and Cheome Extension called Snip.ly 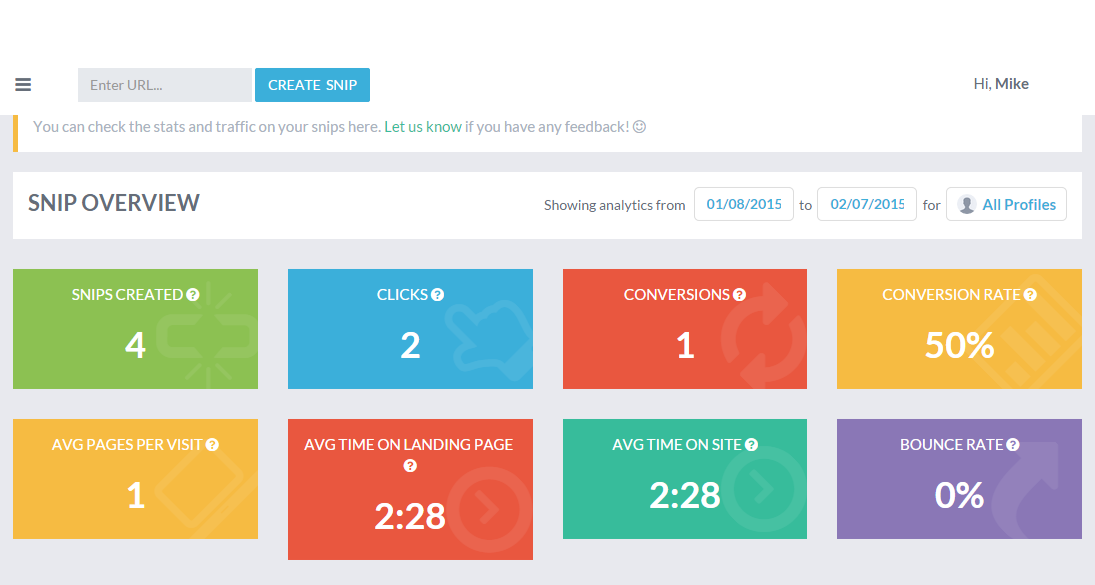 Here is my test.  I created 4 "Snips" and posted to Facebook, Twitter, Pinterest and Buffer that hit LinkedIn as well.  50% had clicks and 1 led to a conversion, no other tool or test I ever tried did as well.

Click here to see the sample test I posted.

You want 50% of your posts to generate clicks, or 50% of your clicks getting a conversion, then go to Snip.ly and sign up.